Film Screening of “The Valley” with Director Saila Kariat 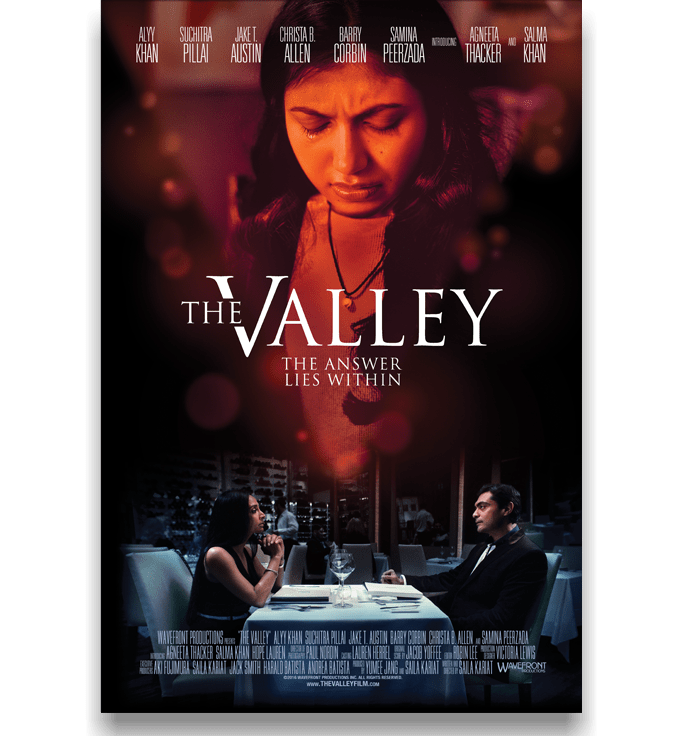 Join us for a screening of the film, The Valley, written and directed by Los Altos filmmaker Saila Kariat. Her feature directorial debut tells the story of a successful Silicon Valley entrepreneur Neal Kumar, who seeks answers after his daughter tragically dies by suicide during her freshman year in college. In his frantic quest to find the truth – and as his seemingly idyllic life and family begins to unravel – he discovers many things about himself and his own choices.

The Valley participated in over 20 film festivals and won best feature film in five festivals. The film is an artistic exploration of suicide, innovation pressure and the high-achievement culture of Silicon Valley. Kariat’s work is an homage to the emotional depth and vastness of the Asian American immigrant experience in the Bay Area. More at thevalleyfilm.com/

The event is free to attend, please register to receive the Zoom link.

Speaker Bios
Saila Kariat is a filmmaker and entrepreneur with a lifelong interest in cinema. After obtaining her PhD in electrical engineering, Saila worked as a product engineering manager at IBM. Becoming the mother of two girls prompted her to discontinue working for corporations and start a residential construction company. She pursued her education in film in parallel, obtaining a degree from San Jose State University. Saila has completed three other feature screenplays, Gods and Demons, Love in the Time of Corona, and I Was Never Awake. Saila splits her time between Los Altos and San Francisco.

Suruchi Mohan is an award-winning journalist who covered high-tech and business news for McGraw Hill and International Data Group publications. Her columns for Progressive Media have been distributed to newspapers throughout the country. Her work has appeared in Financial Times, Antioch Review, Bryant Literary Review, The American Gardener and numerous other publications. In 2009, her first novel, Divine Music, was received with commendable reviews by Publishers Weekly and Booklist. Suruchi currently serves as the Chair of the Museum’s Oral History Program.

This event is in commemoration of Asian Pacific American Heritage Month.