LOS ALTOS, CA (May 17, 2022) – Every year, the Los Altos Historical Commission chooses a recipient for its Historic Preservation Award from nominations of individuals, groups, organizations or projects that contribute to the preservation of our local history. On May 24th, the City Council will present the 2022 Historic Preservation Award award to two of the longest-serving members of Los Altos History Museum’s Education Committee, Dick Liewer and Anne Roberts.

Teaching history is an important component of the Museum’s mission, and Liewer and Roberts have inspired generations of elementary age students with their engaging and educational history lessons for third- and fourth-grade students. These interactive tours build awareness and appreciation of California and Los Altos history.

“The Museum’s educational program is a hidden gem, based on the social studies being taught in local schools,” said Dick Liewer, who served as Assistant Superintendent of the Los Altos School District for many years and principal at Blach and Loyola elementary schools. The school tours typically welcome over a thousand students to the Museum annually. “Receiving this award mirrors the success of the program.”

Liewer has been tireless in his work on the committee for some 35 years. While still Assistant Superintendent, he contacted two members of the Museum’s Education Committee, and over lunch they sketched out a curriculum for third-grade tours. After retiring from his job, he joined the Committee, and with a push from Bob Grimm, developed a fourth-grade tour of California History based on the theme of 1953. With continual funding from the Geschke Foundation for personnel and curriculum materials, the educational tours program has prospered and grown over the past 20 years.

“I’m thrilled to receive the award,” Liewer said, “and it’s terrific that Anne and I are getting it together. We’ve both been involved in chairing this Committee and leading these educational tours for many years.”

Anne Roberts joined the Museum’s Education Committee in 2007, and has been chair since 2009. Prior to that she was a first and third grade teacher at Almond Elementary for fifteen years, retiring from the classroom in 2007. Roberts has been particularly invested in the Margaret Thomson Essay Contest, working closely with Historical Commissioners for well over a decade to ensure that the contest for elementary school students is a success.

“I was very surprised, and so honored to be in the company of previous award recipients, including Bob and Marion Grimm, Jane Reed, Nan Geschke, and Margaret Thompson, whom the essay contest is named after,” Roberts said. “I’m also pleased to be receiving it along with Dick Liewer.”

In-person tours were put on hold during the pandemic, so this is the first year students were able to make a field trip to the Museum. With construction of the new Permanent Exhibition necessitating a closure of the main Museum building, the Education Committee needed to find alternate spaces to hold some of the school tour “stations.”

Third-graders tour the inside of the historic J. Gilbert Smith House, step into the Tank House located in the courtyard, learn about Annie Knapp Fitz and her paintings depicting early Los Altos, and play an inning or two of baseball at the Hillview diamond in a new module titled “Bay Area Sports and More,” teaching the history of the San Francisco Seals and the Oakland Oaks.

Fourth-graders take up bats and mitts on the baseball diamond as well. They learn about the production of apricots and walnuts and explore the old farm equipment in the outdoor Agricultural Exhibition. At the Community Center, they take on the roles of City Council members and attendees debating about “dogs gone wild” in the neighborhoods, scripted from an actual meeting that took place in 1953. In the station “Take me to the Movies,” they watch short films and learn about the history of Los Angeles, from oil to oranges to the entertainment industry.

“We wouldn’t have received this award without all of the wonderful teachers, now retired, who are teaching these units at the Museum,” Liewer said.

To learn more about the school tours, or to volunteer for the Education Committee, visit the Museum’s website at losaltoshistory.org/StudentTours. 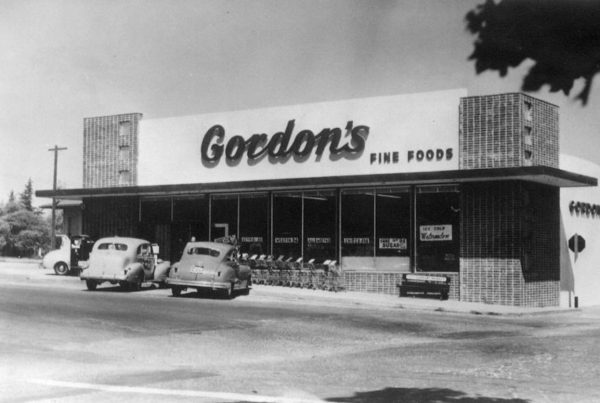 History Museum’s Retrospective on Foods of the 30s and 40s 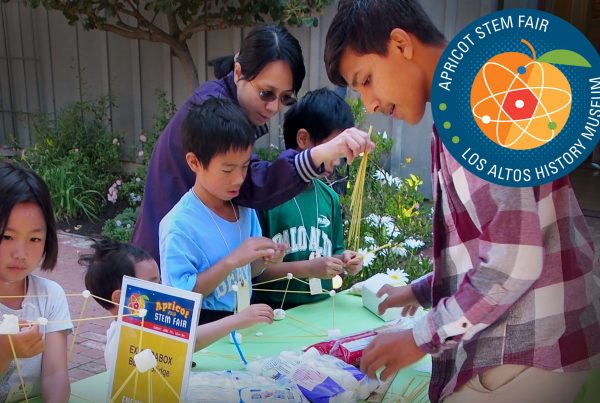 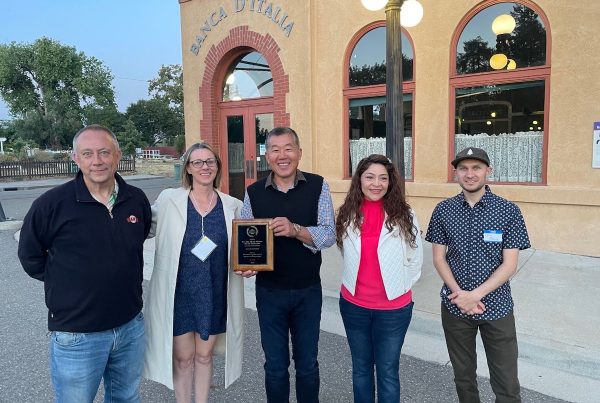 Kristen FullerJune 7, 2022
Where the Past shapes the Future Plan Your Visit